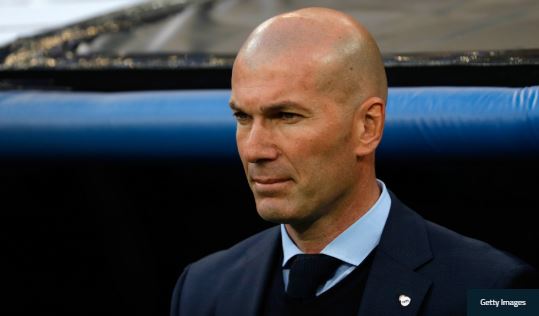 Zinedine Zidane is considering his next move in football after stepping down as manager of Real Madrid.
Zidane left the Spanish club after winning three consecutive Champions League titles and is looking towards the Premier League. Of the English clubs, he is looking particularly at Manchester United, with Jose Mourinho’s job looking the least secure.
One reason for Manchester United to bring in Zidane might be that he could keep Paul Pogba at the club. Barcelona vice president has said that he does not think Barcelona will make a move for the 25-year-old French international this season, but said he is a, ‘great player.’ They are continuing to keep tabs on the player who has endured a fractious relationship with Jose Mourinho.
It seems that Barcelona cannot afford Pogba right now, as evidenced by their recent part-exchange offer that was swiftly rejected.
It is a bit more likely that they are instead working on unsettling Pogba and United in order to make him the big signing next summer. On the other hand, Pogba’s mysterious hints could simply be a way of ensuring a new contract to earn as much as Alexis Sanchez.
Unai Emery is facing restrictions on his plans to continue his overhaul of Arsenal’s squad during the January transfer window.
After bringing in a number of new players, contract renewals and Mesut Ozil’s own new deal, there is a need to tie down Aaron Ramsey to a longer contract. All this increases the wage bill and until a new sponsorship deal kicks in, they will have to trim the squad before adding to it.


When News Breaks Out, We Break In. (The 2014 Bloggies Finalist)
Posted by cameroonlatest.blogspot.com at 7:11 PM